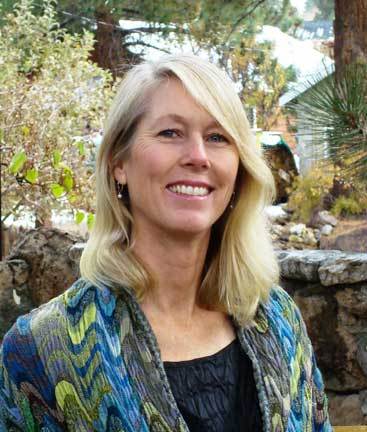 Founded in 1963 by current Director Emeritus Chilton Anderson, and the subject of many feature stories including those on NBC’s “Today Show” and National Public Radio’s “Morning Edition,” Taos School of Music is one of the oldest and most respected summer chamber music programs in the country. Its alumni have served as members of such award winning chamber groups as the Alexander, Brentano, Chester, Daedalus, Lark, Muir, Shanghai and St. Lawrence quartets, the Eroica Trio, and Musicians from Marlboro. They have become principal players and members of the all the major orchestras in the United States. A student to faculty ratio of less than 4 to 1 allows for close personal attention rarely found among music schools. In 2012, Taos School of Music celebrates its 50th Anniversary with Opus 50, including a special season of concerts with faculty, young artists and visiting chamber musicians.

Kathleen Anderson Knox, the School’s current Director, was born in Taos. She was raised on her family’s ranch, attended Taos public schools and went on to follow her lifelong passion to become a zookeeper, attending classes in Gainesville, FL then working for Lowry Park Zoo in Tampa, FL in her field. During those years, she became involved with the Jane Goodall Institute, participating in chimpanzee behavioral studies. Ready for more challenges, Kathleen relocated to the West Coast, graduating from UC Santa Barbara in 1992 with an anthropology degree, specializing in primatology. Shortly thereafter, she volunteered at the Chimpanzee Sanctuary in Burundi, Africa which was managed by the Jane Goodall Institute. She arrived during a turbulent period as she recounts: “It was truly a fascinating time for me because I was in Burundi at the exact time that Rwanda was falling apart – spring of 1994. In fact, the two countries share the same ethnic groups so the civil war was a big part of Burundi as well. It was difficult, interesting, frightening and rewarding all at once.” Made more so by the fact that she was newly married.

Upon her return to the U.S., Kathleen and her husband Brian settled down in Mammoth Lakes, CA where they still spend half of each year. She began working in the US Forest Service’s wildlife programs and currently holds a position with the CA Department of Fish and Game in the Sierra Nevada Bighorn Sheep program. In 2001, her father extended an offer she simply could not refuse: Come home for a part of each year and apprentice to take over the school at a future date. In 2007 she assumed full responsibility becoming executive director of this internationally-renowned school of music.

Kathleen credits her father as her inspiration in life because of his passion for the school, for music, the faculty and students. He did what he loved, as a rancher, a cellist, a ski instructor and then a school administrator at their Taos Ski Valley location. “We were all encouraged to do what we loved. Both my father and my mother, Judy Anderson, who is still active in the school, taught me and my two brothers to pursue what we love and be passionate about life. Their happiness and optimism stays with me always.”

The thing Kathleen is most proud of accomplishing is continuing the Taos School of Music at the level of excellence it achieved during her father’s tenure. “And now we have brought the school to its 50th anniversary. Our goal is to continue providing this level of musical excellence into the future.” And that future is firmly grounded in her relentless pursuit of excellence on her students’ behalf: “I think the students, their experiences and their outcomes from being in Taos are what are most important to me.”

As to what it is about Taos that draws and sustains adventurous and creative women Kathleen was unwavering in her response: “Taos is a community that allows people to be true to themselves. You don’t have to conform. In New Mexico, and especially in Taos, that is true. When we were growing up, we spent time with our parents’ very eclectic friends, showing us a range of possibilities and many different paths that could all be considered as ‘success’. The essence of Taos either captures a person or it doesn’t. Taos gives us a connection . . . Nowhere else is the sky so significant every day, with the clouds, the unique sunsets, the stars, light and landscapes, the rainbows. When there is a full moon in Taos, I have an overwhelming desire to take a walk in the moonlight.”

“For me, I was born and raised here. Taos is my home and I have a very supportive family. When I’m in Taos, I feel like I’m home, and that is a comfort.”

As to the one event that she finds most moving and unlike anywhere else, Kathleen is quick to tell you “I am drawn to the Pueblo and to the pole climb on San Geronimo Day. I feel the connection to the native peoples and their traditions here.” And as for other locations that sustain her: “I have a strong connection to Taos Ski Valley. That has always been my sanctuary.”

Her advice to the young and to those seeking to know themselves: “I was a very shy child and young adult. My words of advice are -- take charge, believe in yourself, and don’t hold back. In Taos, you can fully become who you are.”