Behind every remarkable woman is a lucky man: Mabel and Tony, Bea and Louie, Rhoda and Ernie.

A year-long celebration of women who have shaped the Taos community.

Why are there so many remarkable women in Taos?
Why has Taos attracted so many strong women?
What invites women who live and work in Taos to become remarkable?

These questions launched "Remarkable Women of Taos," the celebration. Answers emerged in response. Generations of women from Taos Pueblo and the Hispano community constituted a matrix of matriarchal exemplars. From 1350 into the late 19th century, they endured harsh climatic conditions and intermittent warfare. Often in the absence of menfolk, these resourceful women nurtured their families, tended huge gardens, cultivated crops, prepared and preserved food, and sometimes fought off marauders. Their strength and courage persist.

In the early 20th century, women with a sense of adventure—like Mabel Dodge Luhan, Frieda Lawrence, Millicent Rogers and Georgia O’Keeffe—arrived in Taos. Free of gender-based expectations and social constraints experienced elsewhere, here they were free to become individuals, to re-invent themselves. In Mabel’s words: "There is no standardization here, no social structure. People do not live according to a single pattern. Taos brings out the particularity in people. It is the most individualizing place in the world."

This snapshot in time provides a sampling of the breadth and depth of the remarkable women who call Taos home, who experience the physical and sometimes ineffable influence of the land and of the generations who have inhabited it. Read on. Learn the answer to “Why Taos?” 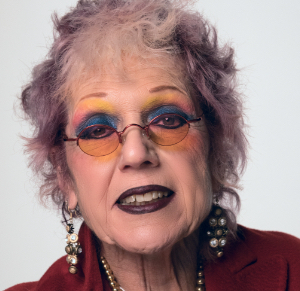