Our culture is often hesitant to hear people’s individual truths and, as individuals, we are hesitant to share them, especially the hard ones. When we lose the ability to tell the truth about ourselves and about our lives, we often lose the ability to know ourselves deeply and to see ourselves as individual contributions to the greater whole. Our stories have the power to change and confront, to heal and uplift, but only if we are willing to tell them together. 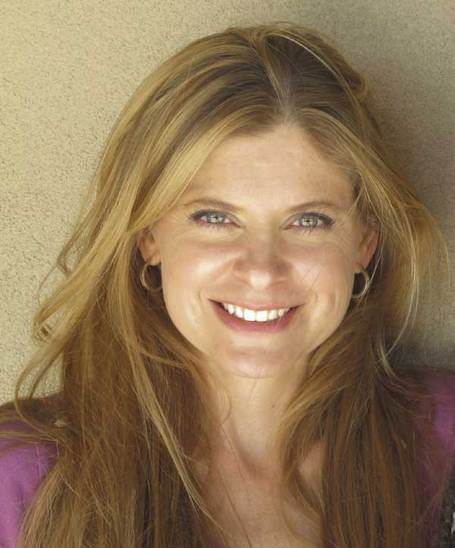 Dora McQuaid is a descendant of traveling gypsies, Irish Golden-gloved boxers, and strong women, whose stories and the telling of them prompted her lifelong fascination with the written and spoken word. Of these predecessors Dora credits her parents as her first inspirations. “My mother is one of the most courageous and resourceful women I know. My father taught me to love both the English language and justice. They exemplified stepping up to help others and showed me how our individual stories fold over to form family and community.” Dora continues the family tradition of using the personal story to explore memory and conjecture, culture and community, and the intersections between the private and the political. Her unique blend of art, emotion and service has earned her multiple awards, including the Pennsylvania Governor’s Pathfinder Award, recognition by the Pennsylvania Senate and a Vagina Warrior Award from the Penn State cast of Eve Ensler’s play The Vagina Monologues. Dora was also awarded the 2011 New Mexico Woman Writer’s Fellowship by A Room of Her Own Foundation.

After earning Bachelor and Master of Arts degrees from Penn State University, Dora taught at the University of Cincinnati and Northern Kentucky University while simultaneously performing poetry in the Cincinnati arts community and traveling nationally to consult and speak on sexual harassment and diversity issues. In 1999 Dora joined the faculty of the Department of Communication Arts and Sciences at Penn State, a position she held until 2006. Dora now performs, speaks and teaches internationally, in venues as varied as men’s and women’s prisons, justice and outreach programs, universities and high schools, rallies and community events, as well as churches and shelters and professional and academic conferences.

About her combined roles, Dora says, “I find the most important element of each of these efforts is to connect with the audience, the community with whom I am speaking, in hopes of having an honest exchange in which we explore the truths of our lives.” Dora speaks to the transformative power of sharing personal stories collectively:

This is often how change or activism happens, when the private story becomes public, when the individual story speaks to a collective experience. One person struggling is one person alone but 100 people struggling becomes a public issue that demands a public, community response. When we share our stories, not only are we not alone, but we are also stronger together. I always tell people: Tell the truth of your own life, your own story, however challenging or uplifting it may be. You never know whom you might change or effect, including yourself. And listen deeply to yourself. There is a thread of truest self that runs within you that will always carry you forward if you listen to and believe in it.

Sharing that thread, while encouraging others to do the same, has been at the core of Dora’s efforts. She is the author of the scorched earth: poems, and its compact disc companion, the scorched earth: spoken, which document her healing from domestic and sexual violence and are due for combined reissue in 2012. Kate Bogle’s short film, One Woman’s Voice, documents Dora’s path from survivor to activist and is used nationally as a teaching and training tool. She was commissioned to write the poem, Around This Table, to commemorate the 25th Anniversary of The Pennsylvania Coalition Against Domestic Violence, now available in poster form. Dora’s work has appeared in anthologies, literary journals and magazines, films, plays, musical compositions, course readings and law enforcement training programs.

For inspiration, Dora calls the Sufi master Rumi her “guiding light. His work, its mysticism, opens my heart again and again.” She credits Emily Dickinson and Anne Sexton as the women poets “who opened the world for me and taught me to listen.”

Dora has collaborated nationally with other artists, ranging from writers, poets and performers, to musicians, songwriters and visual artists working in various mediums, including the Ekphrasis poets and artists of Taos. Like many others, she came to Taos initially to visit, but things turned out differently. “I started coming to Taos in the 1990s to help with the Taos Poetry Circus, but the community and landscape captured my heart.” A Poet-In-Residence award at The Harwood Museum of Art brought her back for an extended stay in 2006. A Wurlitzer Foundation Fellowship followed a year later. “Afterward I couldn’t imagine living anywhere else but beneath this sky and fierce beauty. It is so elemental that it makes me forget myself and allows me to write and live from a deeper knowing. The community here is full of cultural creatives, artists working in every medium, and people whose stories are remarkable for their variety and dedication to living by their own lights. The history of Taos is based on brave, resourceful, community-minded men and women.”

Currently Dora serves as a member of the Board of Directors of The Sage Institute for Environment, Creativity and Consciousness, an educational organization dedicated to discovering creative, conscious solutions for the many issues that face today's world, which is affiliated with the University of New Mexico-Taos. She says that she is most inspired now “by young people who are demanding a better world and to have viable voices within it.”

Many of the poems in her forthcoming collection, SEVEN: Poems of The Interim, were written in Taos, where Dora says she likes “to be in the grip of this landscape, its vastness.”

Dora’s favorite activities include hiking the West Rim of the Rio Grande Gorge, especially at dusk when she can watch the moon rise above Taos Mountain and the stars appear. “I love driving The Enchanted Circle or visiting Pilar and Dixon for hiking or art tours. The annual Powwow and Christmas Eve at Taos Pueblo are pure magic to me and both remind me that living on this land is a privilege, that honoring it as the Taos Pueblo people have done for generations as the keepers of this land is a necessity. I love the SOMOS literary events, the galleries, the live music and anywhere I can dance; anywhere I can hear all of the voices of our community weaving together.”

Learn more about the Sage Institute.