Poetry is a particular way of looking at the world.
Not so much the describing of the world, but a way of participating in it. 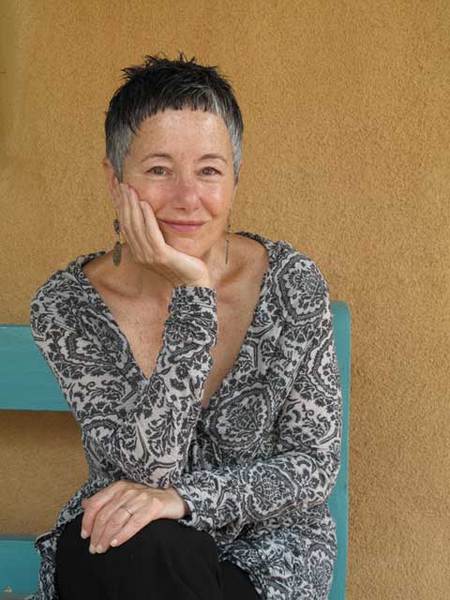 Veronica Golos is an accomplished poet, teacher, editor, curator, and activist. Her early writing was inspired by blues singers Billy Holiday, Nina Simone, Mahalia Jackson, and the gospel and protest songs of the 1960’s. Her own poetry looks beneath the “accepted truths” to investigate other possible perceptions. Veronica’s first book, A Bell Buried Deep (Story Line Press) was a co-winner of the 2004 Nicholas Roerich Poetry Prize. Her chapbook, No Ordinary Women, was adapted for stage in New York’s Theatre Row, and at Claremont Theological Seminary in California. Her latest book, Vocabulary of Silence (Red Hen Press), won the 2011 New Mexico Book Award, for best single book of poetry.

A native New Yorker by birth and a graduate of City College of New York, Veronica’s teaching spans decades and is diverse: from the use of Haiku for incarcerated teens in Riker’s Island Prison, to memoir for Nazi holocaust survivors. She’s lectured on “How to Teach Poetry to Young Children” at Hunter College, the Teacher’s College of Columbia University and Colorado State. She’s been the poet-in-residence at Sacred Heart Academy in CT, and at the former Yaxche School in Taos.

Arriving in Taos in 2003 as a Wurlitzer Foundation Fellow, Veronica fell in love with Taos’s remarkable beauty. “There is something about the circle of mountains and the sky, which both liberates and holds one close. The silence here sharpens awareness. Good writing has within it contradiction and paradox. And the history of Taos and its people embody that. Its very harshness is a goad for art.” Even after almost nine years, Veronica feels “newly here” while very much at home. This is due to her awareness that this land was and is Pueblo land – another’s land.

In Taos, she has fostered artistic collaborations: For example, together with poet Andrea Watson, she’s coordinated Ekphrasis readings combining visual art and poetry. Exhibited with works by sculptor Deborah Rael-Buckley, photographer Robbie Steinbach and painter Nancy Delpero, Veronica’s poetry provided the interpretive centerpiece for My Land is Me, an arts installation that questioned the western view of the Veil.

What would she like to see happen in the poetry of Taos? “There are so many wonderful young, spoken-word poets here. I’d love much more collaboration between those, like myself, who are “mature” writers and these young artists. I think something really dynamic could be created from such a mix.” One suggestion Veronica has for new poets would be to question their own thinking. “We need to read works by poets from around the world, from cultures other than our own.”

Asked why there are so many remarkable women here in Taos, Veronica said, “There are remarkable women everywhere. What Taos does is to ‘mark’ them, celebrate them. For an artist in Taos, anything is possible—due to its smallness, isolation, beauty and emphasis upon the arts.”

When not writing, Veronica loves hiking, particularly along the West Rim of the Gorge, and the Italiano and Yerba trails. She also enjoys dancing at Summer Music at the Plaza, and attending SOMOS’s literary events.