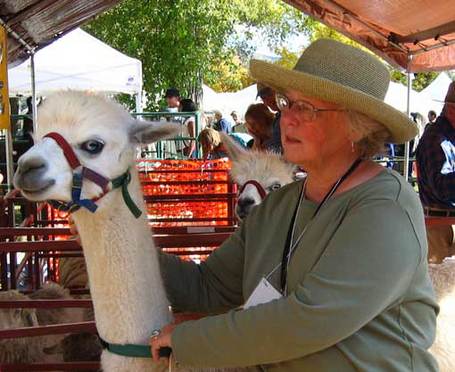 A background in anthropology and work in archeology led to Karen s. Young’s first trip to Taos in 1969. Through a private field school for high school students conducted at Southern Methodist University’s Fort Burgwin, 11 miles outside Taos, she and her archeologist husband Jon Young spent four seasons with students from Picuris Pueblo, California and other states conducting a month-long dig at Pot Creek site. During that time, the two became acquainted with the Kit Carson Foundation director Jack Boyer, in charge of three museums--the Kit Carson Home, the Blumenschein Home, and the Hacienda de los Martinez.

Five years later, the couple packed up the family and moved to Taos, a move made possible by Karen’s creativity. With Jack Boyer’s support, she wrote a successful National Endowment for the Humanities grant and created a job for herself and Jon developing an interpretive plan for the Blumenschein Home, the Martinez Hacienda and the Taos Morada. During this time, the Youngs lived in a part of the Blumenschein Home while they built their first home—an adobe designed by Karen.

The NEH grant funded the Young’s first year in Taos, allowing just enough time for Karen and Jon to provide the family with a roof over their heads. Karen remembers the day they moved in -- May 8th -- because it snowed. After the NEH funding ended, Karen and Jon scrambled to survive. Painting fences, sporadic jobs at the Kachina Lodge and the Abominable Snow Mansion, and other seasonal work kept them afloat until George and Kitty Otero, then owners of the Mabel Dodge Luhan House, asked them to help run the Global Realities program. Months later the Forest Service hired Jon as Forest Archeologist, and Karen’s Museum Studies degree landed her a job at the Millicent Rogers Museum. For the next seven years, work there as museum educator and acting director carried her through divorce, and almost through building her own pumice and adobe home.

When the Millicent Rogers Museum hired a new director, Karen suddenly found herself without a job due to cutbacks. Now single, she despaired at being unemployed and at the possibility of having to leave Taos. One day she ran into Pablo Trujillo, whose group Los Alegres had played traditional Hispanic music at the Mabel Dodge, at the post office. When Karen told him her news, he asked to see her hands. Examining them, he announced: “You’ll stay here. You have calluses.” Stay she did, finding work as director of the Northern Pueblos Institute through Northern New Mexico Community College, and later as co-director of the Taos Historic Museums (formerly the Kit Carson Foundation).

Another kind of work opened up for Karen when her world took on a new dimension in the 1990s. She became interested in alpacas after meeting Phil Switzer from Estes Park, Colorado who brought some of his animals to the annual Taos Wool Festival in 1994. Right then Karen decided she would like to raise alpacas. She consulted with Phil who told her to talk to other breeders and attend alpaca association meetings. As it happened, the Alpaca Owners and Breeders Association held its annual meeting in Estes Park the following year. Karen attended the conference, went to lectures, talked to breeders and invested $5 in a raffle ticket for two machos or male alpacas. At the end of the conference, she checked to see who had won the raffle. Someone replied: “It was someone from New Mexico…name started with ‘W’.” Karen’s hopes were dashed, but only until someone else said: “Oh, the last name was Young.”

That’s how Morning Star Alpacas got its start. By 2010 Karen’s alpaca herd numbered 31. She managed to sustain them and her business through the occasional sale of an animal and the wool, and sometimes she showed her animals. Yet the alpacas helped sustain Karen—caring for them kept her active. She found great joy in watching these calm, gentle animals from her living room window. The alpacas’ cycle of breeding, birthing, and aging echoed the change of seasons in nature, and in Karen’s life in Taos.

In 2011, after Karen made the decision to disperse her alpaca herd, a new chapter opened and she renewed former pursuits. She made two trips to Scotland to learn about the archeology of the Orkney Islands. Karen also returned to work at the Mabel Dodge Luhan House, where as consulting director she helps direct policy and develop marketing plans.

When asked to answer the question "What is it about Taos that invites women to be remarkable?" Karen replied: "An environment that reaches out and enfolds you; finding new strengths with each challenge met; friendship and support from all cultures in our community."