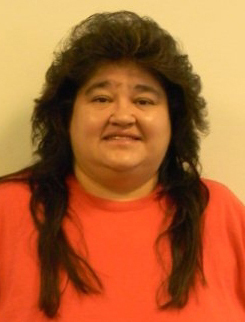 A native Taoseña, Jessica Claudia Gutierrez grew up in Cordillera, located four miles southwest of Taos and one mile west of the main highway between Santa Fe and Taos. Although the Spanish word cordillera means “chain of mountains,” this older small settlement got its name from the chain-like pattern formed by houses built along the river. Born to Dorothy and Jesus Gutierrez, Jessica is descended from the Eduardo Gutierrez lineage. Like their Cordillera neighbors, the Gutierrez family depended upon agriculture and raising stock for their subsistence. They owned agricultural land as well as grazing land and their property ran all the way past the river up to the Cordillera Ridge.

Jessica’s grandmother Teresina, or Ita as she was known, provided a strong role model. Although she could neither read nor write, Ita held some of the most selective jobs in the community. Most surprisingly she became a mayordomo (ditch boss) for the Tio Gervasio Ditch. Men usually held this position, so Ita was probably one of the first women to be elected. This meant that she had to be at the main gate every morning at five to divide the waters for the farmers whose land ran along the ditch. That is not as easy as it may sound. As irrigation water becomes limited, disputes over allocated volumes arise. Proving herself tough, Ita always managed to solve such water problems fairly.

A hard worker, Ita did everything by herself. She hauled her own water for drinking, cleaning, and bathing from an artesian well. She plowed, planted and watered her own garden in the summer. Her garden yielded a harvest large enough to last through the winter, and Ita made use of everything by canning or drying vegetables and fruit. She hauled in her own wood and cooked over a wood stove. From patching the roof to patching an adobe wall, if something needed fixing, she could do it. Not only did Jessica learn gardening and canning from her grandmother, she also inherited her talent for mud plastering (a skill which Ita taught people in her neighborhood). Through her grandmother’s example, Jessica will tackle anything—from carpentry to mechanical or electrical to plumbing—that needs to be done around the house. She also loves woodworking: “I love to carve, from making crosses, clocks, frames, even signs for local cemeteries.”

Inspiration came from another woman, teacher and historian Corina Santistevan who was a neighbor and friend of the Gutierrez family. A remarkable educator, she instilled the kind of educational values that encouraged continuous learning in all aspects of life. As a result Jessica maintained a high grade point average in high school. A well-rounded student, she excelled in cabinetry skills as well as year-round athletics, including softball and basketball.

After graduating from Taos High School in 1989, the Taos County Planning Department hired Jessica for the summer. She worked as an assistant for rural addressing. From there Jessica became the flood plain manager as well as the plans examiner for building permits. In addition to learning on the job, she continued more training by attending workshops in Colorado, Albuquerque and other locales. In 1996 she became a certified building inspector. Jessica’s current job as County Building Inspector has enabled her to solve small and great construction problems and to do so with strong but educated evaluations. Her work involves traveling throughout the county to secluded building sites; to historic homes as reconstruction takes place; to single-family homes as well as restaurants, hotels, and many other types of buildings under construction. In the course of her work, Jessica interacts with a variety of people ranging from the general public to contractors and subcontractors to home owners. She has won their respect for her commitment to good service. It is her hope that many young people in Taos will get the training needed to serve our community as treasurers, clerks, and in other public offices as she has done for the past 22 years.

Beyond her service to Taos County, Jessica places importance on her family, her daughter and parents as well as her friends and religion. Asked to name her favorite places in Taos, she replies: “I would say a historical building close to where I live and the mountains especially the look out on US Hill.”