An interview with Catherine Ralston by Gail Goodwin

She had been sitting on her deck in Sausalito, California, doing paperwork in the afternoon sunshine, when she heard a voice say, “Time to sell the place. You’re moving south and east.” She was startled. She didn't usually hear voices, and this was as clear as if someone next to her had spoken. She had enjoyed living in Sausalito for twenty years. Why would she move away? The voice spoke again, repeating itself. 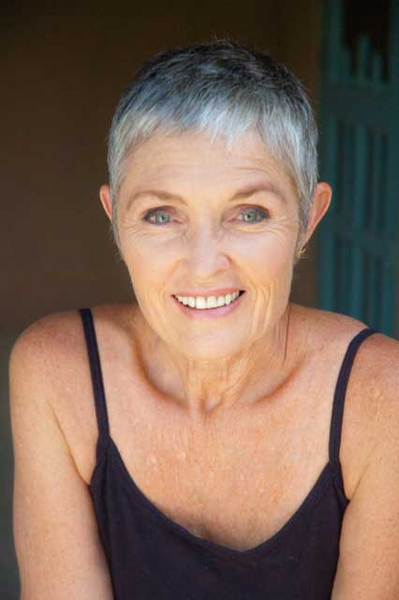 The following is Catherine's story of becoming a remarkable woman of Taos:

So, I sold our home and headed south. Eventually, it became clear I was to move to Taos, and so I did, to a tiny, dry place filled with one- and two-story adobe buildings. Taos. Where was it? In New Mexico, right? Desert? Indians? And that artist who painted skulls? (It turns out she lived an hour or so away, in Abiquiu.) My friends asked, what was there? How was it? I told them it was a few blocks long, and everything was brown, but the energy moved through the land the way it moves through water, and so I was at ease.

That was 1999. The longer I am here, the more I am thankful. Who was that voice? It sent me where I would be most useful and comfortable.

Taos is a hothouse environment, supporting personal growth. It has an ambiance which drives one inside, into one’s truth, which expresses in art of many varieties. Taos is wild, untamed, with room to explore self-definition, to experiment with various sculptings of one’s life, to discard and refine, to birth and grow beyond, identities, until harmonies of spirit and shape and product are achieved.

I enjoy the small town, where we are constantly crossing the paths of people we know, having a chance to catch up in short or long conversations at the grocery or library or post office. The sage-scented fresh air, huge and dramatic sky, the rushing rivers and wildflowers, brilliantly star studded nights, Ponderosa forests and Bristlecone Pines, the electric blue of the sky against dazzling white snow, give me joy. Taos is a place where one can be a hermit, nestled in natural beauty and contemplation, or a socialite, with more events available every day than one person can attend. Because Taos has a small population and a high percentage of fascinating, accomplished people, it is easy to find oneself in their company, easy to be inspired with their ideas, and easy to find people who can help you implement whatever ideas you have.

Wilderness is a spectacular gift offered by the higher reaches of our local mountains. I come most alive when we hike an hour or so further on a trail than most people go. Everything changes. The trees are more vibrant. I feel more relaxed, energized and excited. I treasure dancing and the Taos dance community, which also draws from Santa Fe and small local villages. And I am grateful to be living where I can walk a block or two, run into friends, and access nearly all salient venues in town. Small is beautiful, cozy, and nurturing. And stimulating, when we have Common Thread, Moby Dickens Bookstore, the Taos Community Auditorium, the central Plaza, Kit Carson Park, and the Civic Center, each within walking distance, and each offering an ever changing panorama of entertainment.

The continuing goal is the erasing of the ego, to be an emptier and clearer channel. I hope to become simple enough so that the irrelevant is etched away, leaving joy, light, relaxation, and fulfillment. What is important is connection with others at a deep level, nurturing with honesty and without judgment, and becoming ever more harmonious. The goal for the future is supporting others in their courageous unfolding into greater spiritual maturity and personal freedom.

Edgar Cayce has always been an example of “the real thing.” If he could see at a distance, and access information only available on the other side, then it was not so strange that I could. His information was useful to many people, a genuine help, and that’s what I wanted to be: genuinely helpful. What did I learn from him? Well, he prayed to be able to help people heal, and the way was opened for him to be granted that prayer. When I prepare for a reading, I am praying that the information the client needs to make their best next choices, will come. Cayce was remarkable because, in his ordinary egoic life, he was not very bright, and yet he was able to transmit phenomenally accurate material. He was trusting, and surrendered to being a useful tool.

When clarity about your path arrives, be brave. Within any culture will be those who will criticize you, those who will accept you, and those who are waiting for you to become a catalyst in their lives, so get with it. Someone said, “Even God doesn’t get universal approval,” so be bold.